In February Northamptonshire County Council (NCC) decided in order to save money across the County they will be introducing new opening hours across the Counties 10 HWRC this includes Daventry’s tip on Browns Road.
Daventry HWRC (Household Waste Recycling Centre) opening days and times
Since the new opening times have been introduced there has been tailbacks and congestion on Browns Road leading to the A45 and the A425, NCC’s solution to this is to view the webcam located at the tip before setting off.

I decided to take a look at all the webcams at all the tips on Friday morning, I noticed many vehicles turning up to Daventry’s tip before the 10 am opening time, you could just about see them turn around when they realised it wasn’t open yet.

What I couldn’t see at Browns HWRC was any queues outside the tip as the webcam focuses on the inside of the tip only. I took some screenshots of all the tips in an 8 minute period. It is quite obvious what tip is the busiest. 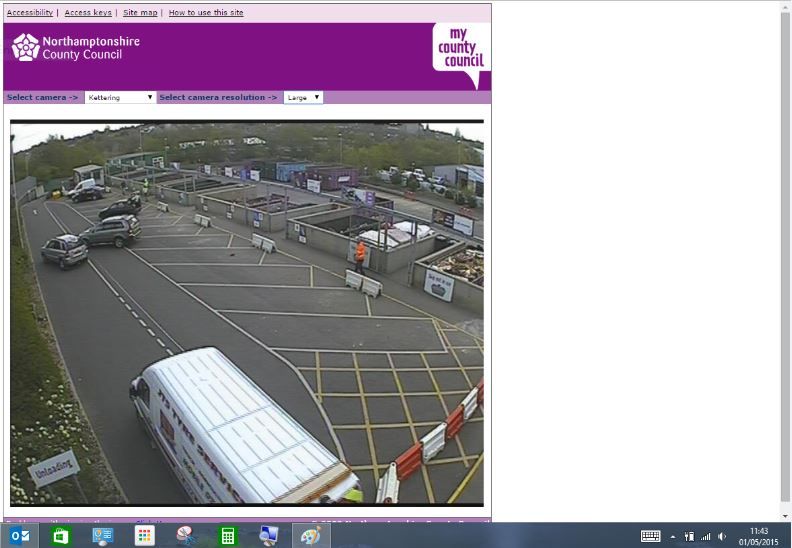 Daventry 11:44 am people have been queuing since before 10 am

When the gates opened at 10 am within 15 minutes 36 cars turned into the tip. by 10:20 am 50 cars were at tip one pedestrian carrying their stuff to avoid the queue. Even the guys who work for Enterprise that have to use the tip to get rid of the waste from our litter bins and the fly tipping have to queue sometimes up to 45 minutes. After 25 minutes 62 vehicles entered the tip and still more vehicles were queuing. 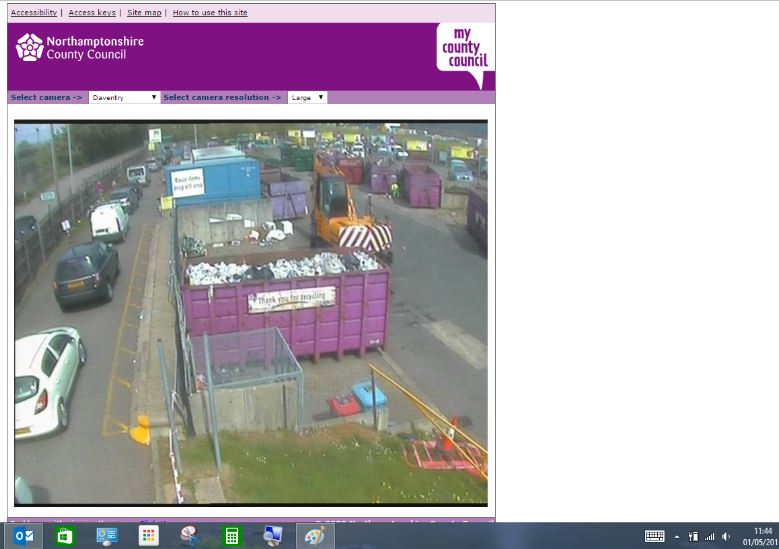 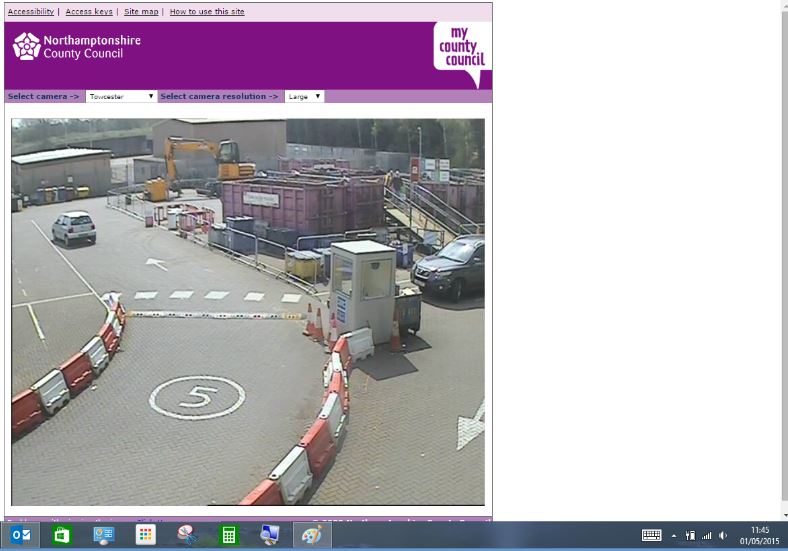 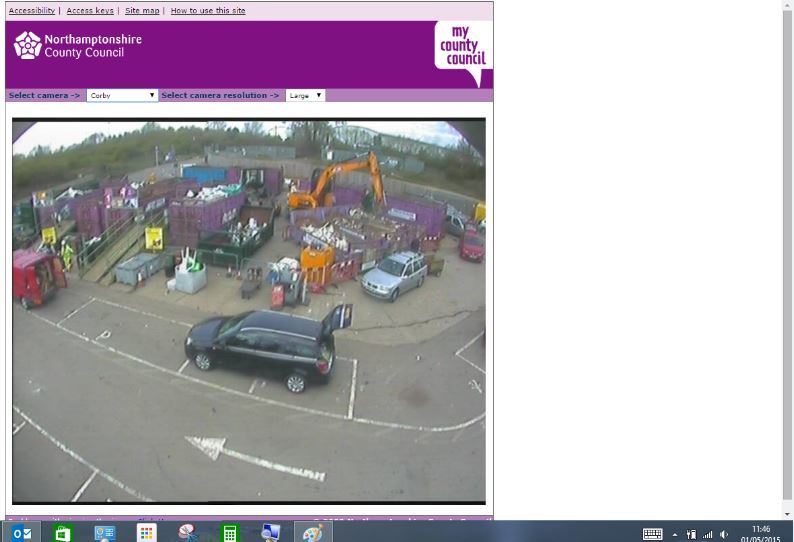 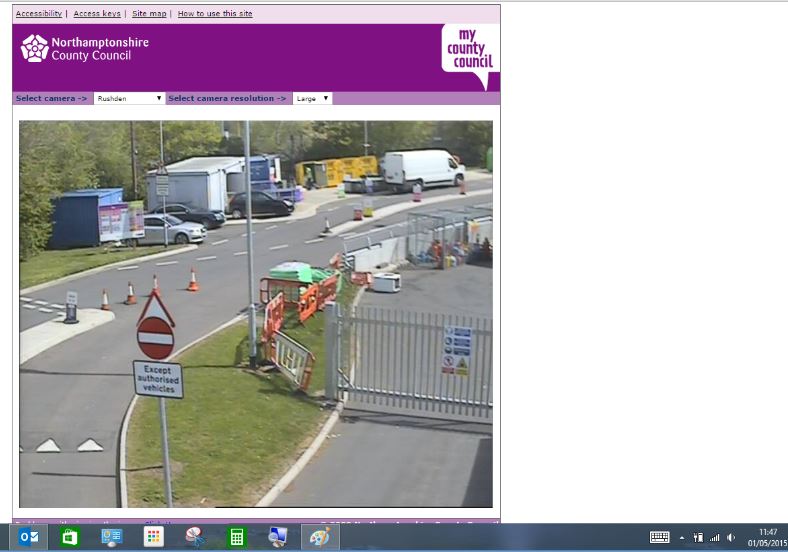 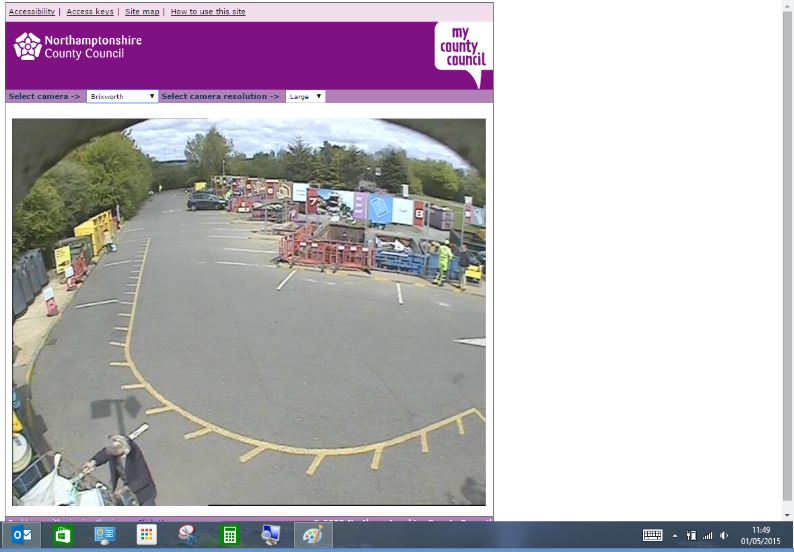 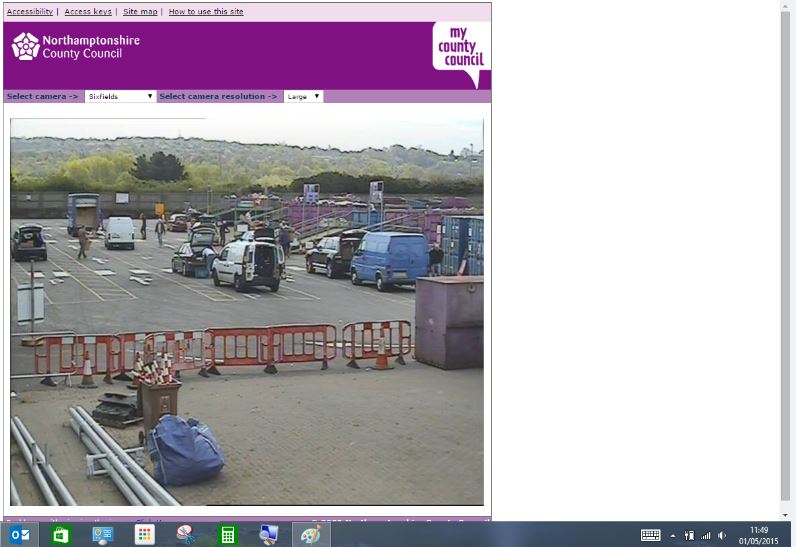 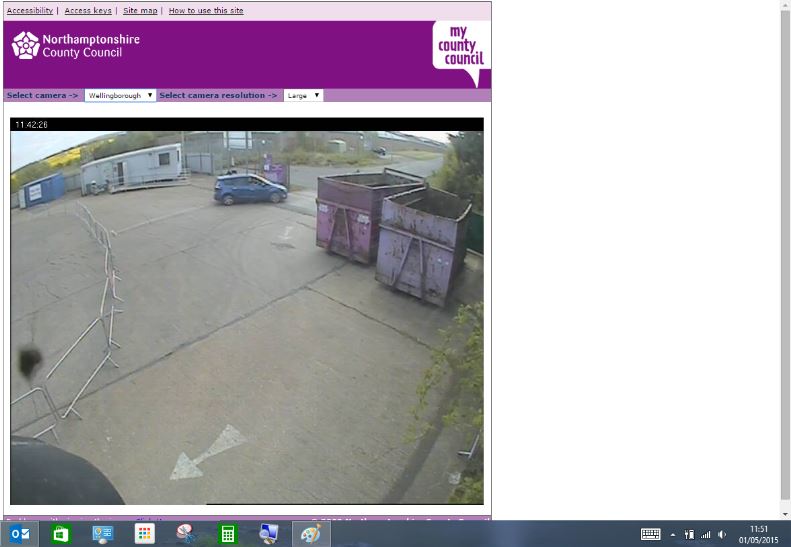 Within 4 minutes Daventry tip was full. At 10.04am I counted over 30 vehicles and still more were queuing. Other tips across Northamptonshire were also busy, the Sixfields webcam didn’t load so I couldn’t include it in this report. Three tips were very much quieter, Ecton, Rushden and Towcester 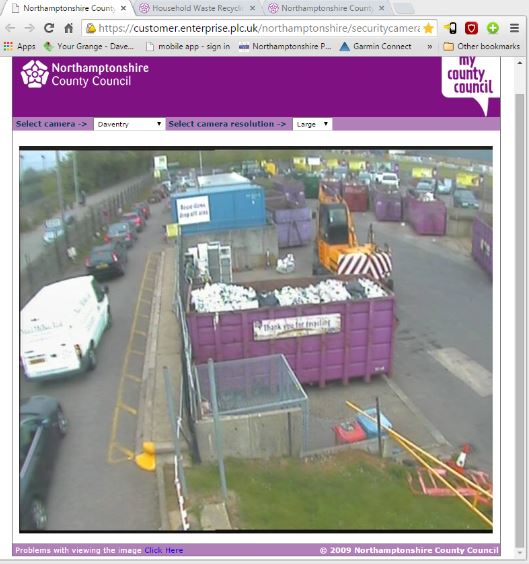 Below are screenshots of other tips across the County the tip on the left is Daventry over a 12 minute period. 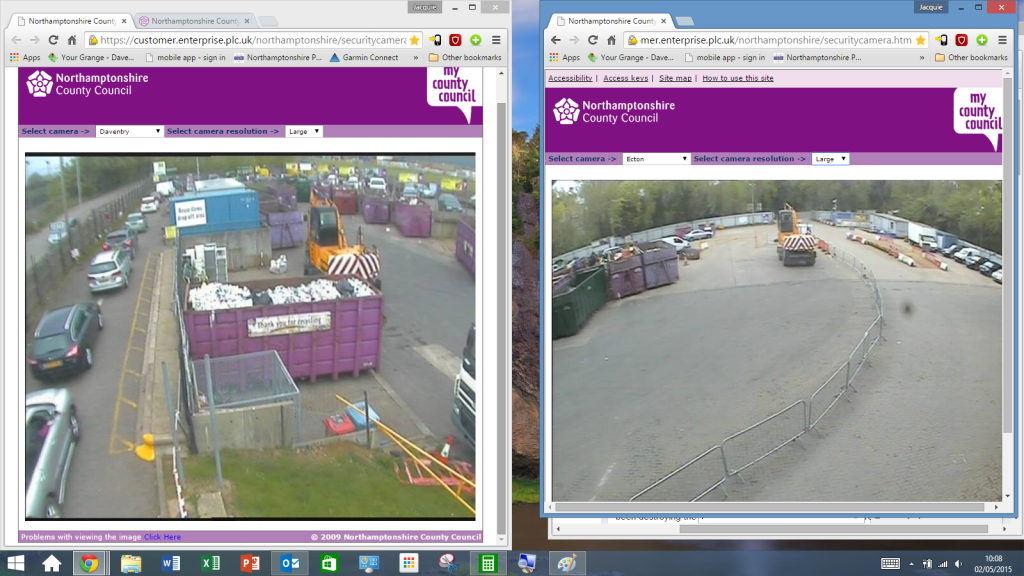 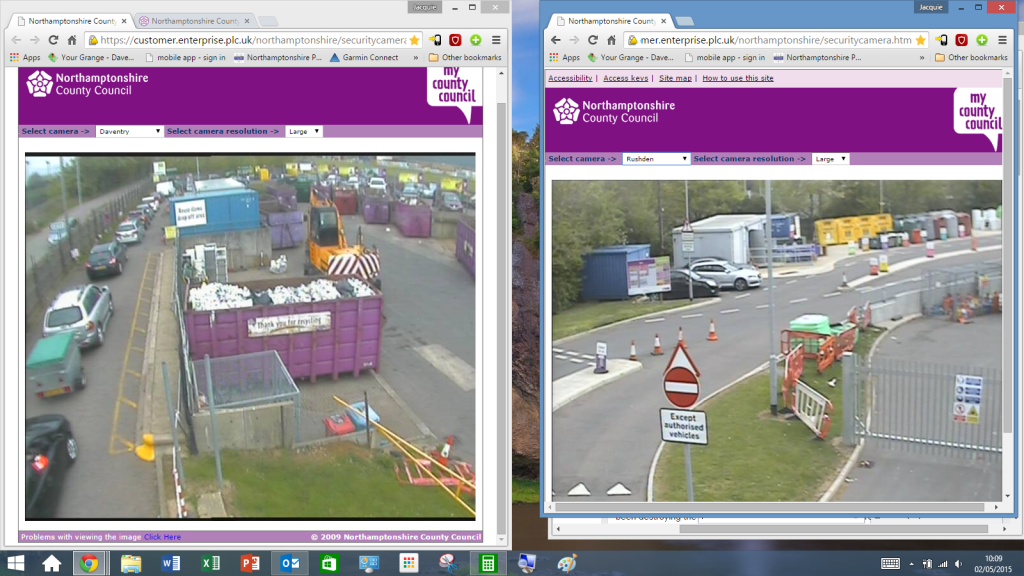 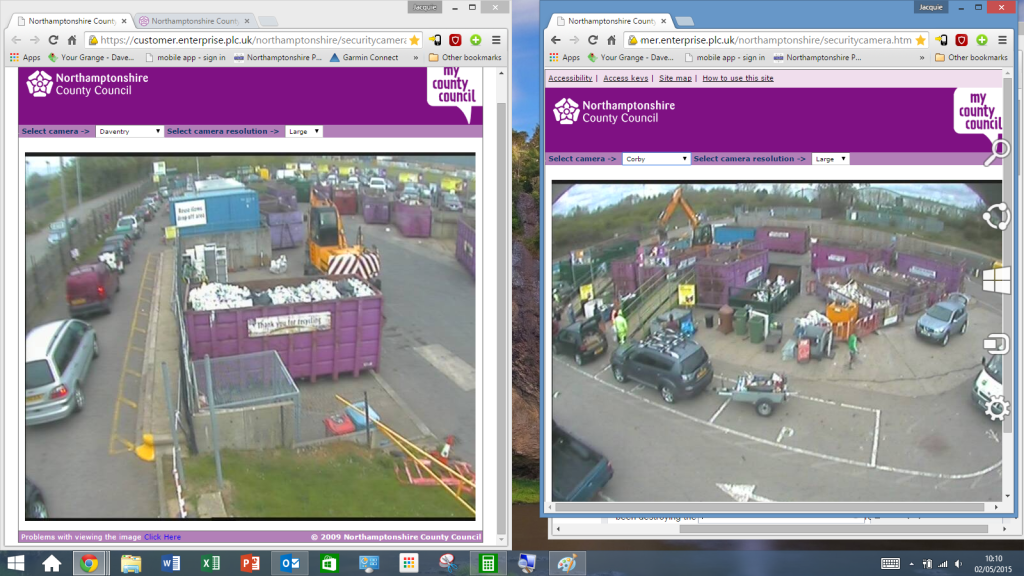 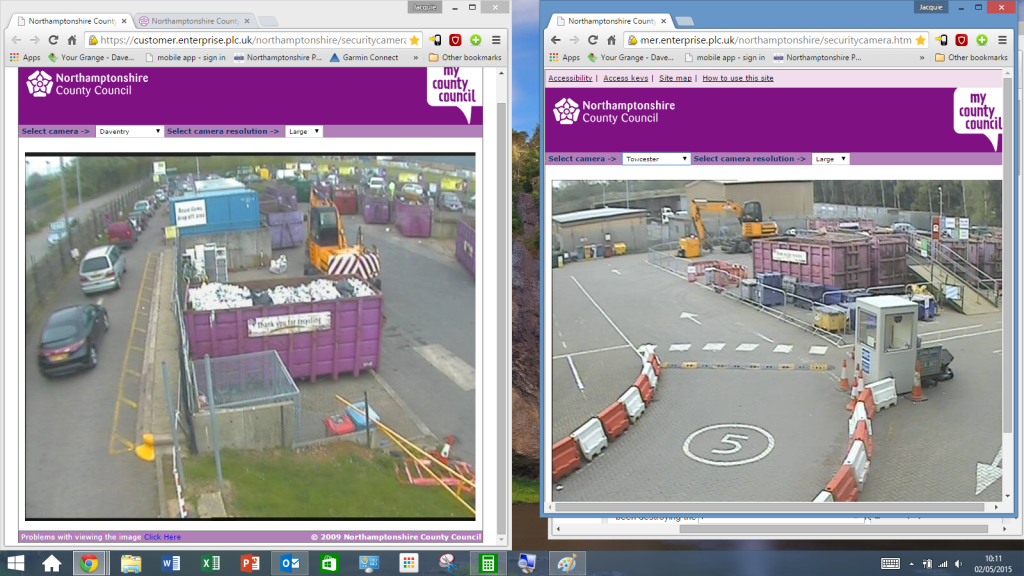 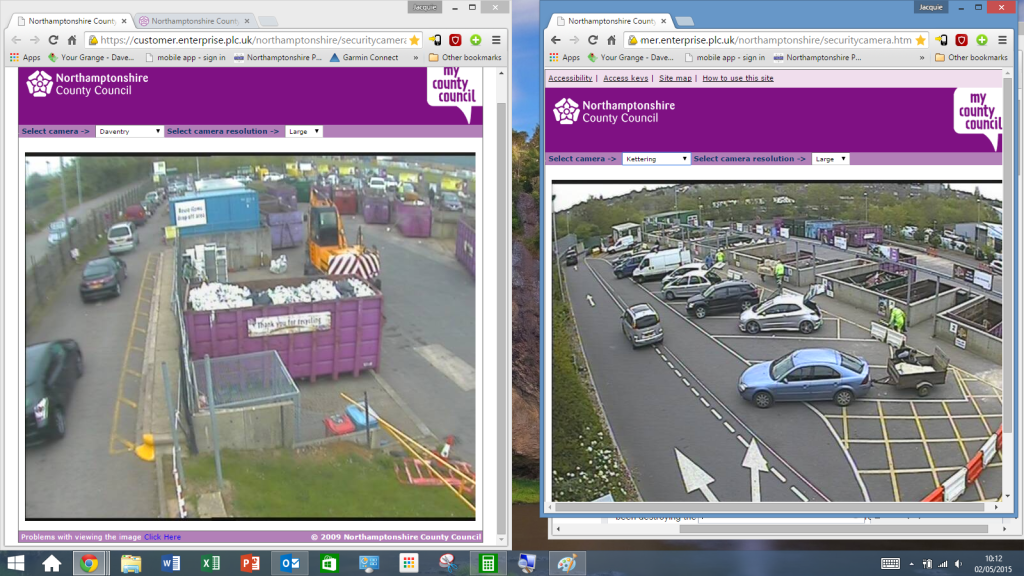 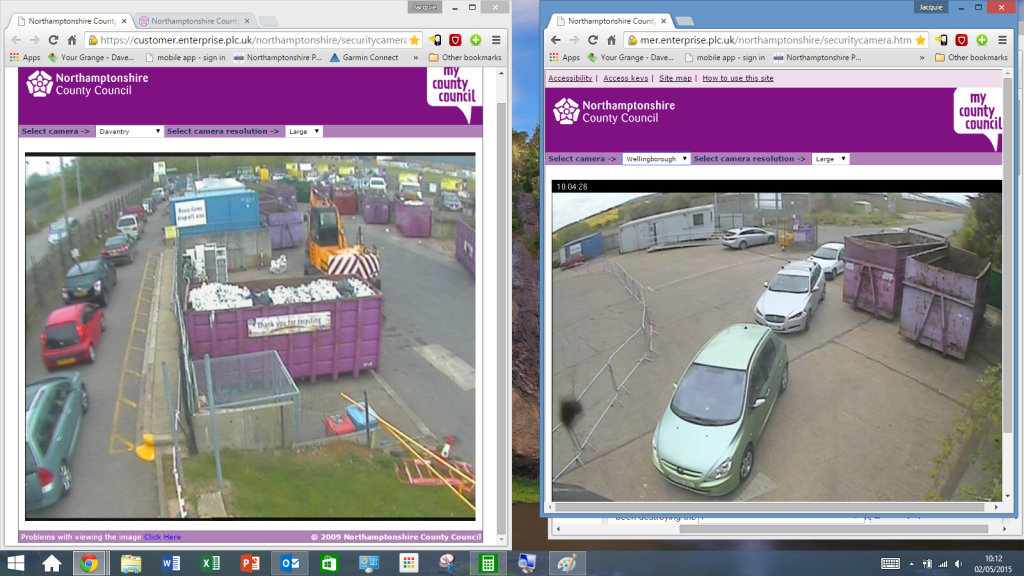 You can see during the 12 minutes whilst taking screenshots it was non stop at the Daventry tip. It’s time-consuming doing this and I realise I need to monitor the other tips for longer periods, even so, I think it is very clear how much busier the Daventry tip is compared to some other in the County so why has the opening hours been reduced at the busier sites? Would it not make sense to cut the hours further at the quieter tips, keeping the original opening hours at the busiest. Did NCC do a survey of these tips, did they monitor the webcams during busy periods especially now the gardening season is upon us or was the decision made during the winter months. Is it possible to have winter and summer opening hours?